The Blue Ribbon Prostate Cancer tournament was the second annual charity event the club has held to bring together players, sponsors and supporters to help highlight important health issues for the community.

52 players from across Auckland (plus 2 who drove up from Taranaki), supporters, and even the club cat put on their best blues and came to Glen Eden to enjoy a great day of bowls, raffles and an auction to support an important cause.

Part of the tradition for these events seems to be the weather; with the club again facing torrential rain in the days leading up to the event. Organisers were worried about the weather but delighted to awake to blue skies over Glen Eden on Saturday morning which in an uncanny repeat of conditions from last year’s Pink Ribbon event stayed clear and dry until a downpour just 10 minutes from the scheduled end of play.

Alongside the keen competition the issue of prostate cancer was highlighted. John Woodards from the Western Auckland support group spoke before the start of play about his experience of prostate cancer. At the end of play Graeme Woodside, Chief Executive Officer of the Prostate Cancer Foundation spoke thanking the club and the players for the opportunity the tournament provided not only to raise funds to help with the foundation’s work, but also for the opportunity to raise awareness of a disease that’s the number one cancer in Kiwi men, with one in eight guys being diagnosed with prostate cancer. It’s the third biggest killer cancer in kiwi males, with 650 dying of it every year out of the 3000 men diagnosed with it.

Graeme pointed out the sobering statistic that out of the 60 guys listening seven or eight would be affected, and the risk increases if there’s a history of the condition in your family, so he stressed to the men in the audience that they need to be getting to the Doctor and checked. Graeme was asked about how often guys should be getting checked, to which he responded once a year;

“The idea is that if you are over fifty you should be going in and ask your doctor,  and I know some doctors are a bit ambivalent about doing it,  just press the case and say “I want a check” because once you start getting checked they have got a baseline there, and then when you get subsequent checks each year or every couple of years after that, they’ve got something to measure against what your normal level is. You should be getting health checks anyway with your cholesterol and all those sorts of things. Make sure when you do that, when you go to the doctor, just tick the box. It’s the same blood that comes out of your arm for the cholesterol and liquids and blood sugars and all those sorts of things. And as for the PSA test and then ask them to do the finger up the tail end cause there’s nothing quite like it [Laughter]”

Thanks were given to the sponsors who helped to make the event such a success: Rymans Healthcare helped with prizes and contributed to the catering, Hydroflame Plumbing and Gas sponsored the bowlers’ “guy tea”, and goods were generously donated for the auction or lunch by Fresh Choice Glen Eden, Little India, Logan’s Auto, The Trusts, Judy and Boe Olsson, Jenny Tough, Jim Close, and the Aussie Butcher New Lynn.

Appreciation was also expressed to the volunteers who helped with the organization of the event and the provision of refreshments on the day; Jenny Tough, Janet, Judy Olsson, Val, Siosiana, Jane, Sharon, Steph Cawte from Rymans, Judy Raill, Graeme Storie (Auctioneer) and Jeremy Brosnan (MC). 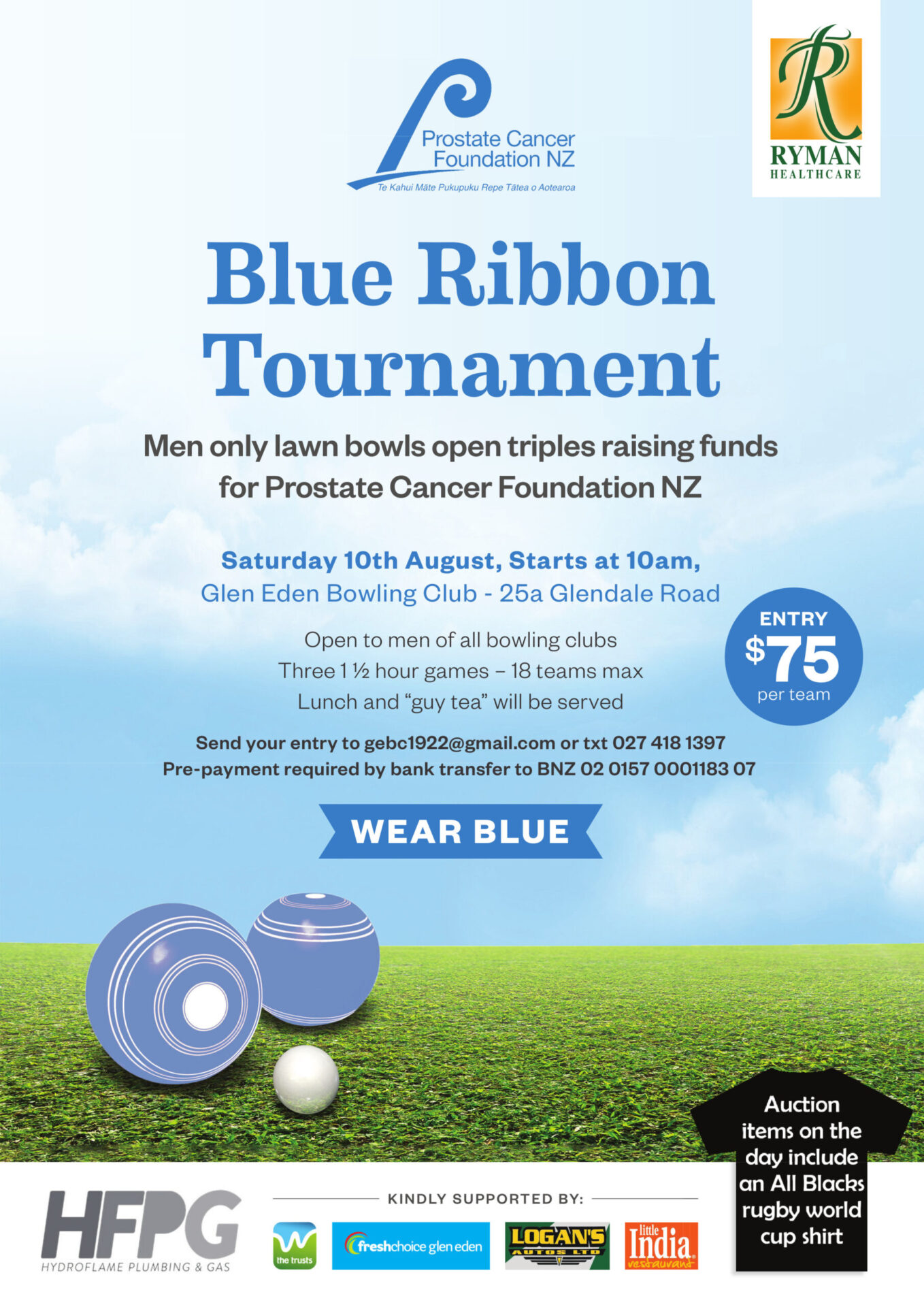 View all posts by admin

Events at other Auckland clubs

25A Glendale Rd, Glen Eden, Auckland 0602
09-818 4532
The Club is open daily for use by members. The licensed bar operates during all bowls tournaments and opens daily from 2:30pm until 7:30pm or later if required for members. Eftpos is available - credit cards accepted.
Loading Comments...